The Sweep Guy covers most of the South East & provides a professional chimney sweeping service in and around Essex. 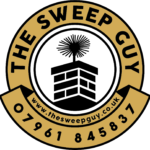 Maldon is an historic maritime and market town in the County of Essex situated on the Blackwater estuary.  It is an ancient Anglo-Saxon burgh that was granted a Royal Charter by Henry II in 1171. From the Iron Age, it has been settled in by the Romans, Saxons, Vikings and Normans and is the site of the famous Battle of Maldon fought between Vikings and the Anglo-Saxons in 991AD.

Maldon is world famous for many things, such as the Maldon Mud race run in May, Maldon salt and the Thames barges that still sail from the Hythe.