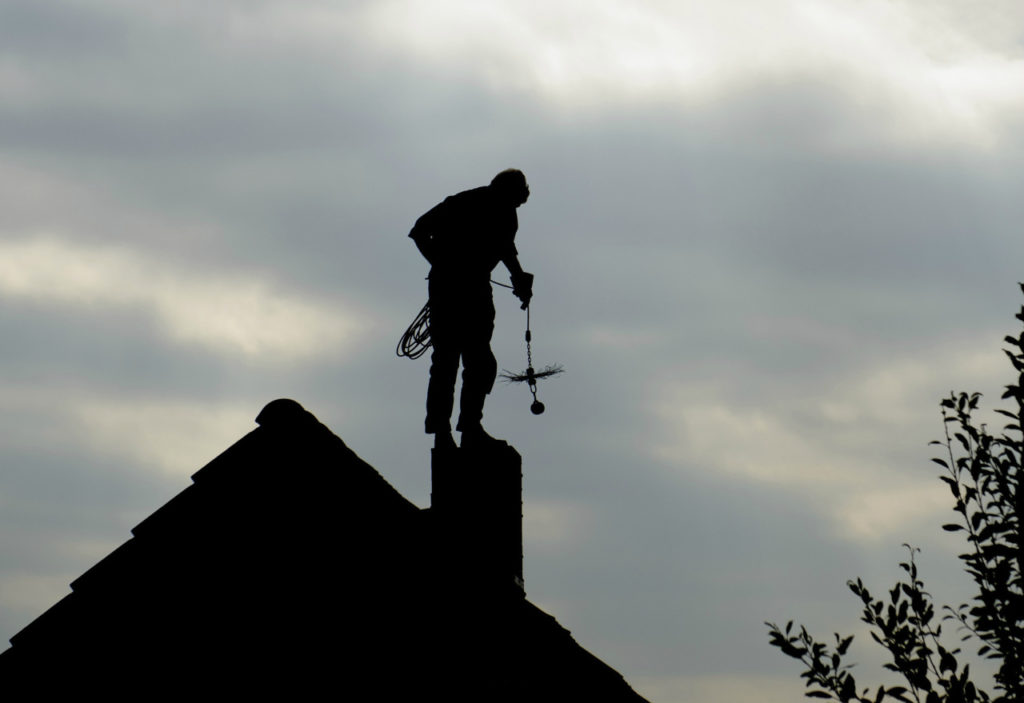 There are a lot of myths surrounding fires, chimneys, stove as well as fuels and what to burn; from their construction, how they work and how they are cleaned. Many of these are simply based on assumptions, but most are because people have been badly advised & have listened to someone who doesn’t know what they are talking about.

DIY chimney sweep can be cheap especially if you have the tools needed. But they aren’t easy and you get what you pay for. In fact, our technicians have gone through some serious training in order to spot problem areas in chimneys. An untrained eye may overlook areas of damage to the fireplace or chimney, or will cause damage and essential repair they will cost more than hiring a chimney professional.

For some reason, many people think that having a steel flue liner removes the need for an annual sweep. The fact is that soot & creosote do not care what kind of liner you have, nor do animals, don’t forget the risk of a bird’s nest.

There’s a common myth that burning softwoods, like pine and cedar, can cause excessive damage to the chimney because they produce more smoke. This was actually dispelled by the University of Georgia (whom I hate; Go Gators!) when they found that softwoods do no more harm than other types of firewood. The wood just needs to be properly seasoned. The culprit was low temperature fires and burning green wood.

My downstairs fire connects to the fire upstairs in my bedroom

This is largely false. Apart from some very old cottages, most fires are served by one flue only (within the chimney stack) and go into separate chimney pots.

Since I have a multi-fuel stove, I can burn both wood and smokeless coal

Don’t mix two types of fuels at the same time. The moisture from the wood will mix with the sulphur in the smokeless fuel to create acidic deposits. Those deposits can cause rapid deterioration and corrosion of your chimney liner. Also, the two fuels need different conditions to burn correctly meaning in one of the fuels burning inefficiently. Only burn one fuel and burn it hot!

We had an open fire as a child, so we’ll know how to use our wood burner

Open fires and wood-burners are two different animals. They’re about as similar as a typewriter and a computer. Your old open fire was probably connected to a masonry flue and you probably used house coal on it. You probably also tried to keep the fire in for as long as possible by “banking” it up with fuel. If you do these things with a stove, you’ll wreck the liner, forcing you to dish out a lot of money for a replacement. Read the instructions or ask your chimney sweep how to operate the appliance.

It’s not unreasonable to think this, but top-down sweeping is very uncommon (outside of parts of continental Europe & Scotland). Most chimney sweeps elect to clean from the bottom because they are in better control of the dust/soot situation. When you are on the roof you don’t know what is going on inside!!

I actually like to recommend to our customers to book their sweep at the end of the burning season. Preferably in the spring time. This way there is plenty of time to arrange any repairs to be done and will prevent the risk of a soot fall over the summer

It’s easy to get a chimney sweep at short notice

Maybe in the spring and summer since most people don’t adhere to my advice from aboves myth. We are busiest during the autumn & winter, starting in August and early September. And this is the case for most reputable chimney companies. By October, it’s likely that we will be taking bookings for 4-5 weeks ahead. You may be lucky to find someone who is not fully booked, but you will need to ask the question why?

Don’t trust any articles that brag about having a “cool home remedy” to keep your chimney clean. Maybe you’ll get convinced that burning a particular substance with your logs will keep the creosote level down.  The only way to clean your chimney or flue is with a brush & set of rods.

Modern wood stoves are actually more efficient and cleaner than ever, especially if operated correctly. There has been much talk recently of the government banning stoves and the sale of wood this is incorrect, the sale of certain polluting fuels is to be stopped but as long as your stove is used according to the manufacturers it can be less polluting than many other forms of home heating.

Bigger is Better when it comes to choosing your stove

You only need as many kilowatts as the room you are heating requires. Oversizing causes waste and unnecessary expense. It’s just not efficient- in fact it can increase your chances of a chimney fire because of under firing and production of flammable creosote. Efficiency comes from matching the size of your stove to space you are trying to heat.

Chimney Sweeping is an Unskilled Job

This one just hurts. Sweeping might be an old profession, but in the UK today is a skilled trade which requires years of experience and training to perfect. I strongly advise that you only use the services of a registered chimney sweep who will not only have been trained to a nationally recognised standard but also carry the correct levels of insurance and experience you should demand

View all posts by admin