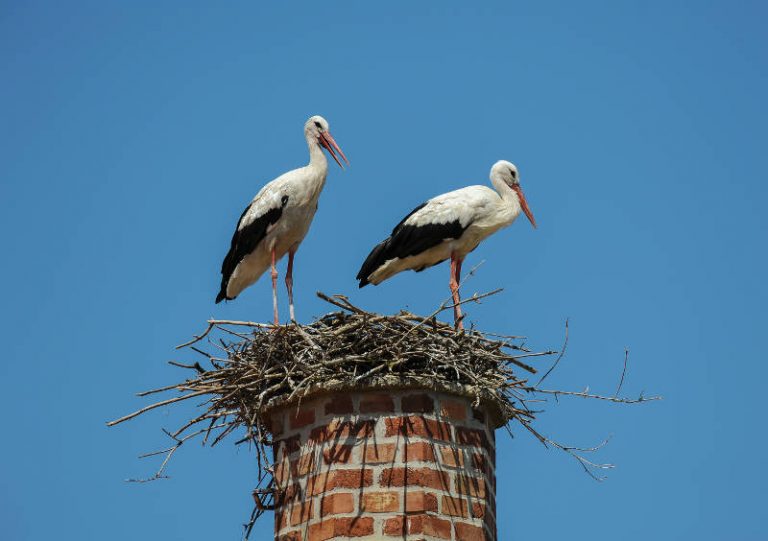 Early Spring is the time of year when birds are nesting; they find chimneys an ideal place to set up home owing to the warmth and shelter that they provide.

Over the past few weeks, I have received numerous calls regarding the removal of a potential bird nest. Under the Wildlife and Country Act, it is an offence to destroy or remove a nest during the nesting season which lasts from March to August.  It is necessary to wait until the end of August before checking that the nest is empty and can be removed.

According to James from the Edinburgh’s Bricklayers and Masonry Co, ”birds pose a far bigger risk than people assume”. Having birds’ in your chimney can lead to dangerous blockages, chimney fires, infestations and damp.  Even if you don’t intend to use your fireplace – you should still remove a nest. A nest will completely block your chimney,  this can cause damp issues in the form of condensation build up. The chimney should be vented at both the top and the bottom as air is still allowed to flow through the chimney.

Nick Stokes, Main Editor at HeatWhiz.com, adds: “Besides the discomfort of birds chirping in your fireplace, the birds can actually infest your home with other harmful pests”. Birds’ nests carry bacteria and if a bird were to die this would cause maggots and bluebottles to fill your property.

The second significant danger is bird poop that will end up in your fireplace and can actually lead to diseases, some even as serious as histoplasmosis.

SIGNS THAT BIRDS ARE NESTING IN YOUR CHIMNEY

WHAT TO DO NEXT

If you think you have a birds’ nest in your chimney – DO NOT light a fire.  This might seem obvious but some people try to burn the nest out.  You run the risk of setting fire or filling the whole house with smoke.

Kristiana Kripena, Content and Digital Marketing Director for InsectCop.net, says: “The best course of action is to close your chimney damper so the birds don’t get inside your house, and wait them out. Birds usually will leave on their own in a few days and your chimney will be bird-free once again. Or you can help them by shining a flashlight upwards the chimney so the birds see their way out of the chimney better. After the birds have left, put a chimney cap on your chimney to prevent this from happening again and enjoy your fireplace.

“However, if the birds exhibit no signs of leaving, you need to call for professional help. They will be your best and quickest bet to rid your chimney form the bird’s nest.”

From the end of August through to March a sweep can remove the nest – this involves specialist equipment and can be quite time consuming depending on the size and material.  A CCTV inspection is carried out to ensure that all the debris has been cleared.  Finally, a smoke test is performed to confirm the correct draw is available to the fire.  A successful test means that there is a smooth passage for the products of combustion to evacuate freely, with the nest no longer serving as an obstruction.

If you suspect you may have birds nesting in your chimney, give us a call  and I can book you in for the the start of September 07961 845837

if you have any questions contact ‘The Sweep Guy’